On Sunday 18th we had a joy filled service celebrating the beginning of a new academic year.  Stickers and bag tag where with messages of peace where blessed along with the back packs of those returning to school.

We prayed for all places of learning, and for those who are denied education, all pupils and students, teachers and support staff.  Those who struggle with school or find it difficult.  The Rector reminded us that the God of peace is with us during times of joy and times of worry, the bag tags and stickers will help us remember that God’s peace can help us through any tough times, will be a reminder to give thanks for the good times and an encouragement to help others who are finding school life difficult. 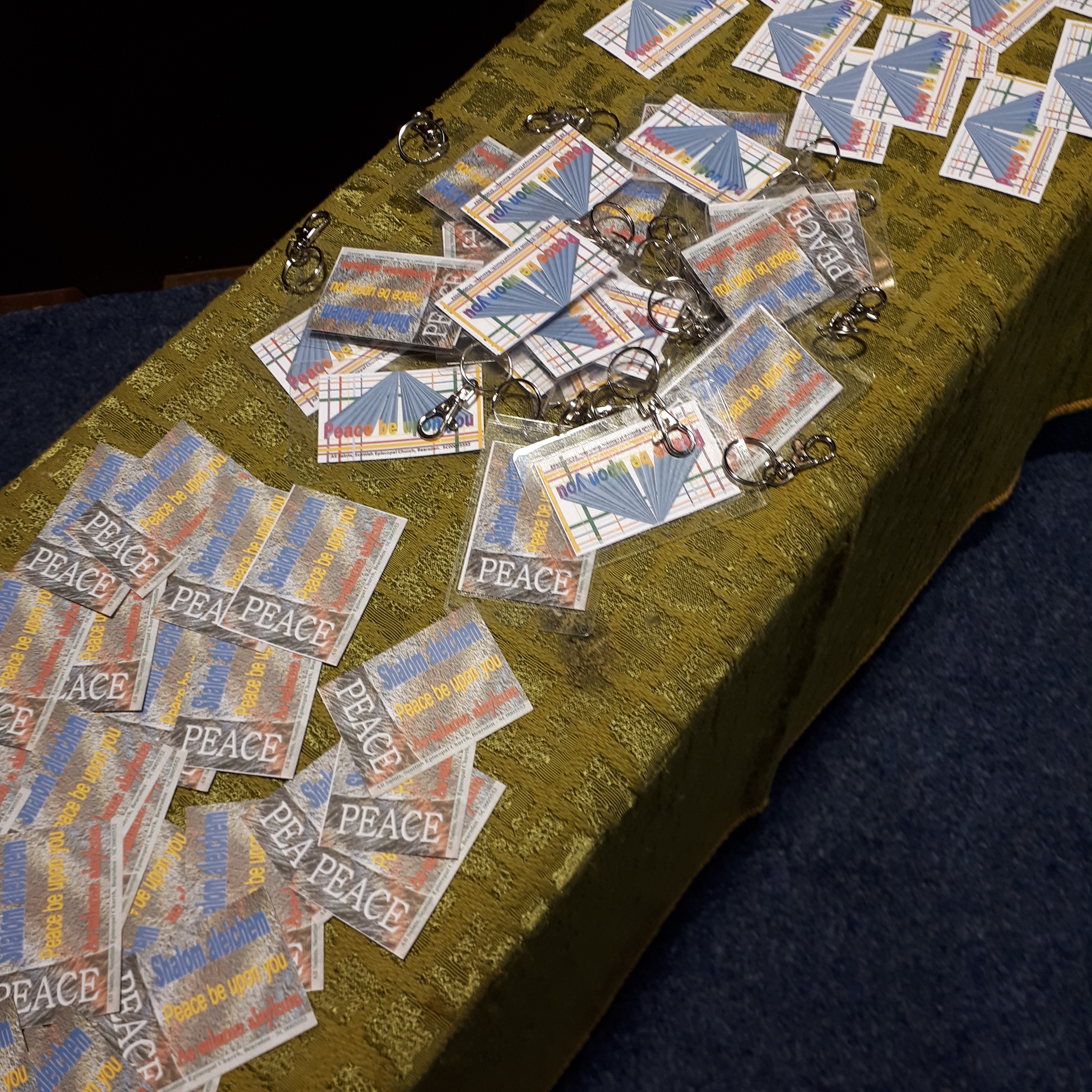 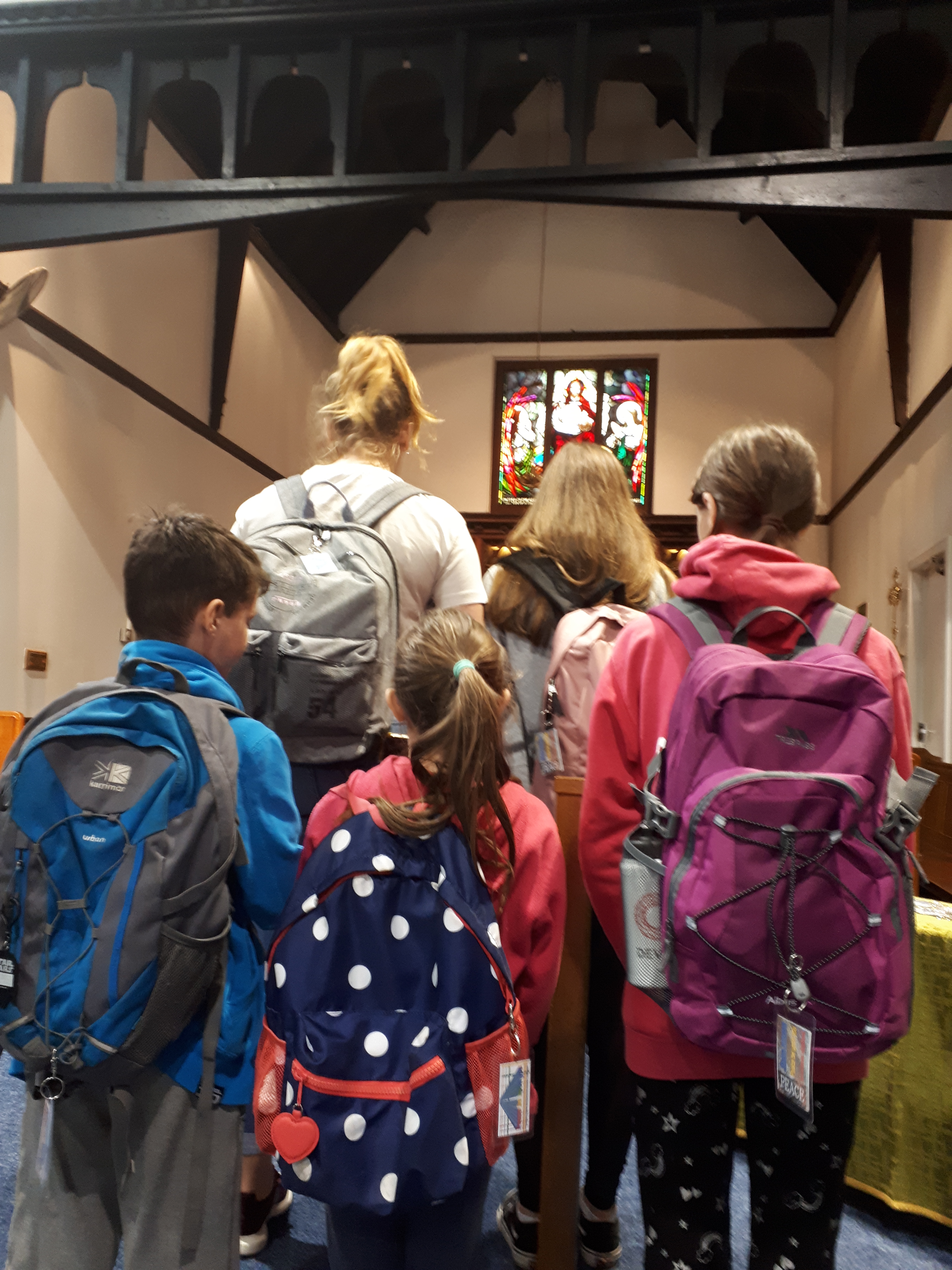 The Mustard Seed Orchestra made another appearance for the Sunday School Gift Day, rehearsing with the choir and Laura, our organist, before the service and then leading us in two hymns. Those who don’t play a main instrument joined in with percussion, including the Rector. 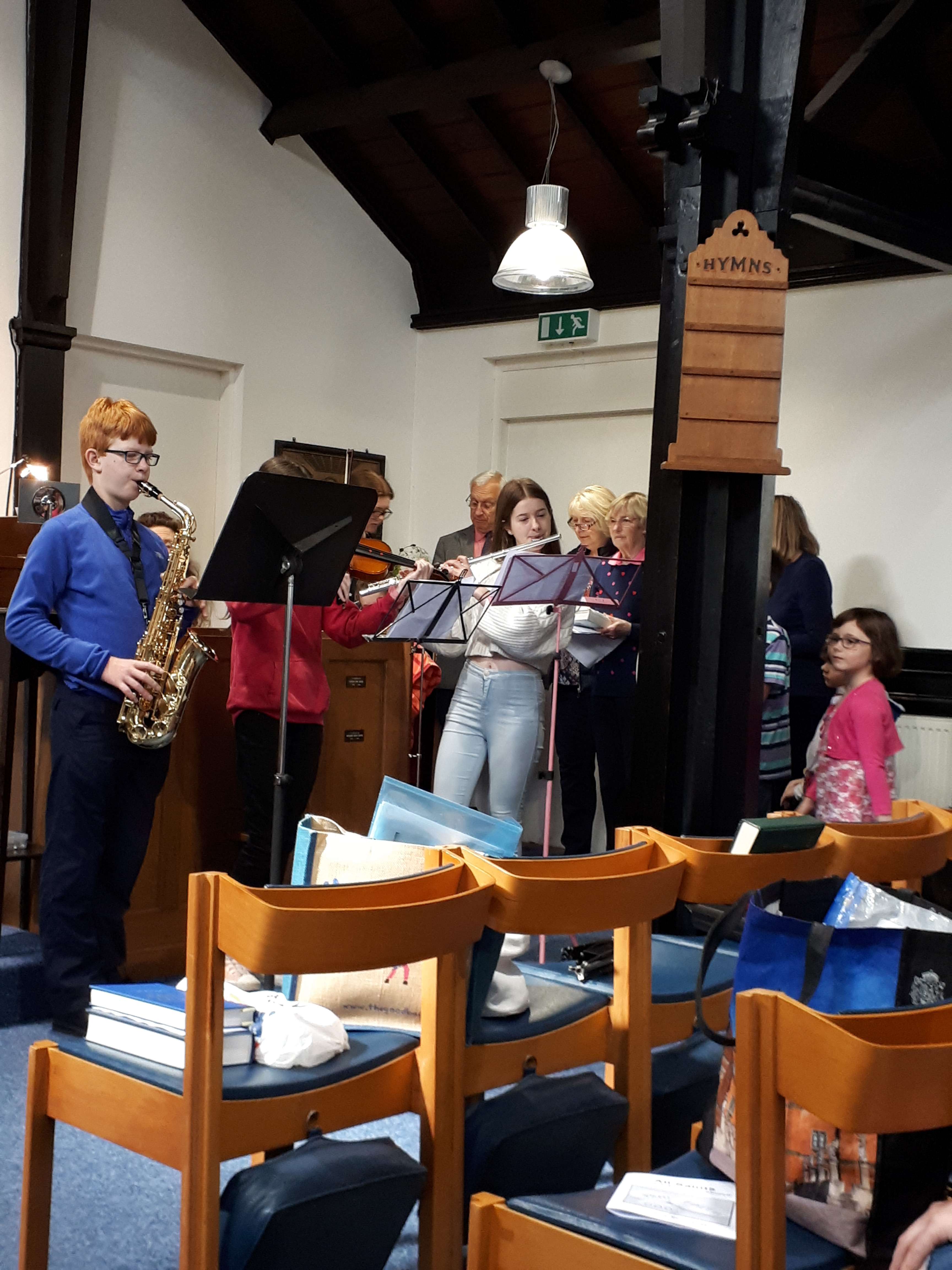 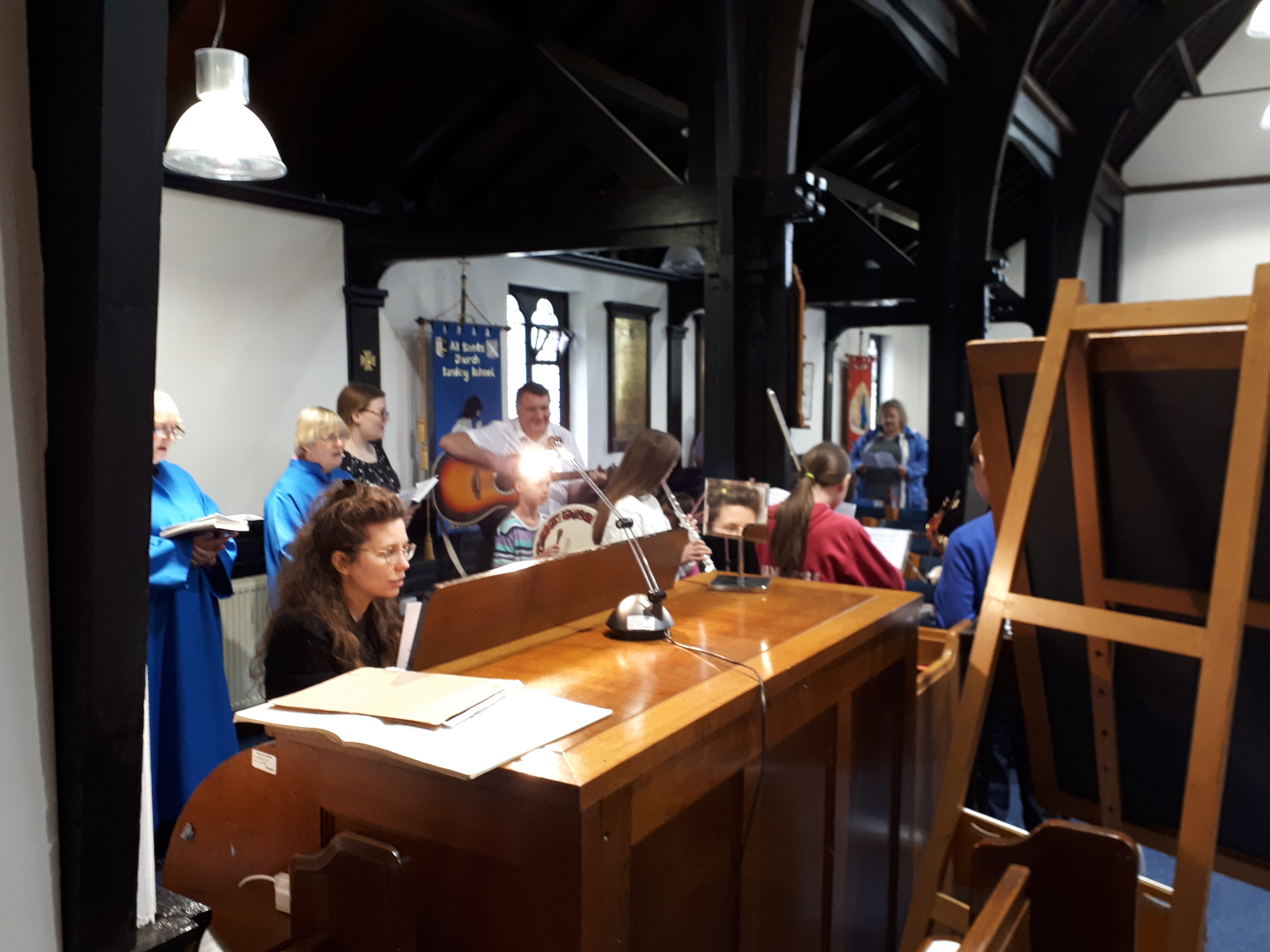 We then used Creative Journaling techniques to construct the intercessions including The Trinity.  The congregation joined in by adding stars as their Amen. 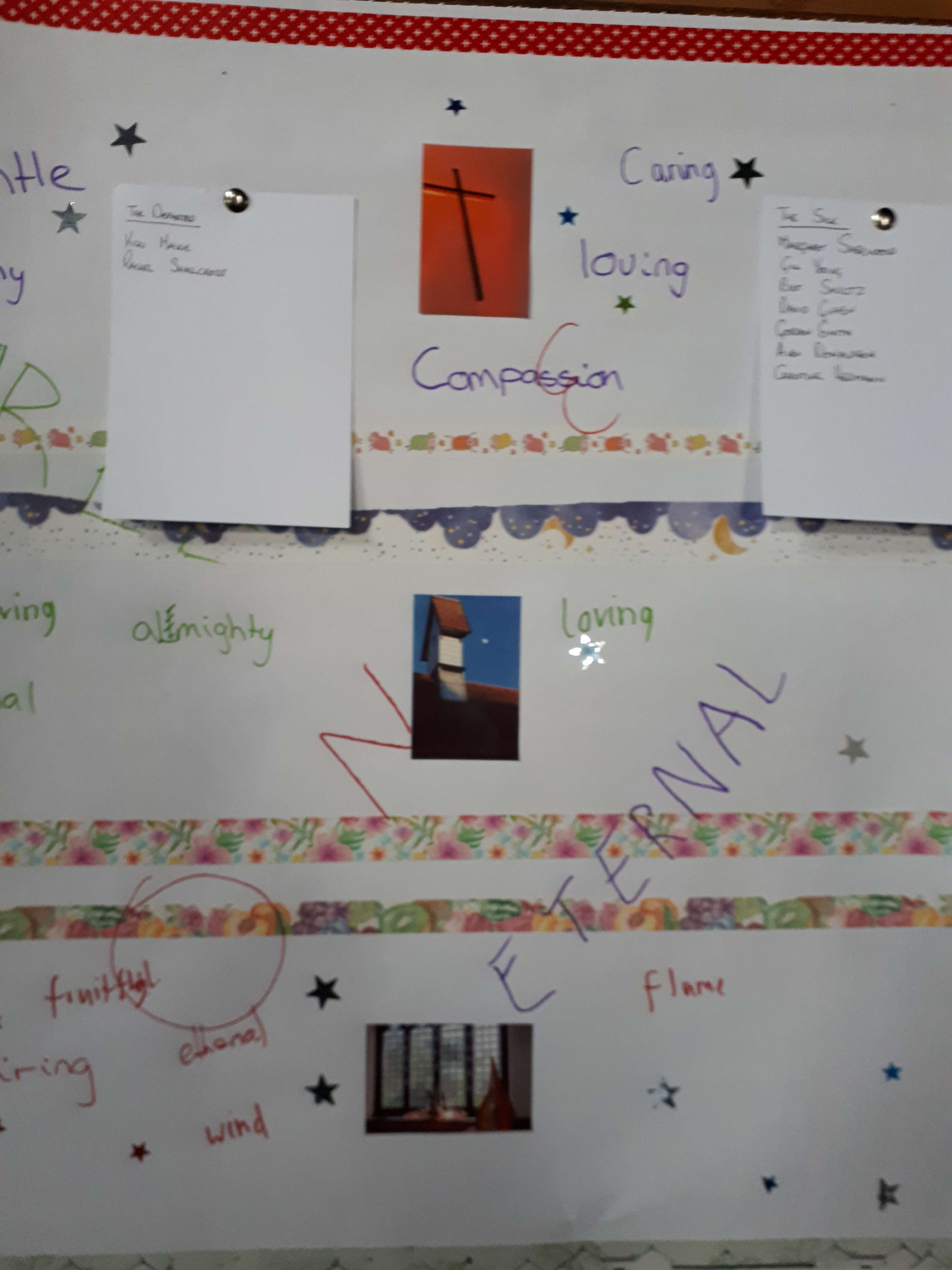 The Sunday School were then gifted journals, stickers and washi tape to continue there new found journaling techniques for their prayers. 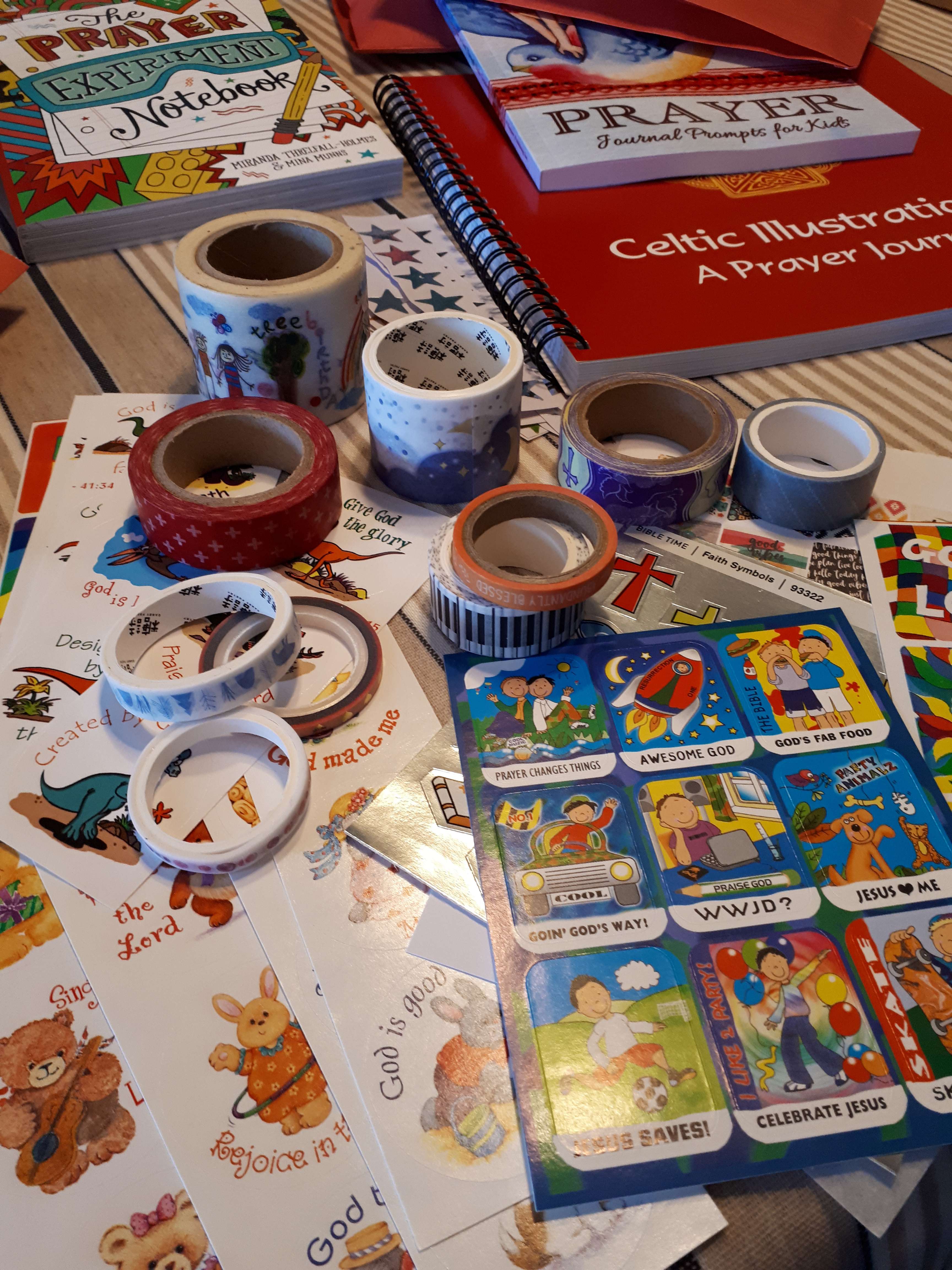 He explained that the process had included much prayer, theological debate, open and, at times, very personal testimony and that opportunity had been provided for groups throughout the Church to discuss this matter and to pray about it; this included the voice of the youth in the Church, the sharing of powerful words and stories from elderly members and hearing representation from those who hold a traditional understanding of marriage, those who see marriage as including same gender couples and those who have encountered exclusion in declaring their love.

The Primus also explained that the nature of decision reached by the General Synod of the Scottish Episcopal Church, is such as to allow those of different views to continue to “walk together”. It recognises that there are different understandings of marriage and that no member of clergy is compelled to conduct any marriage against their conscience. Only those clergy who wish to solemnise marriages of same gender couples will be nominated to the civil authorities for authorisation to do so.

“However, I recognise that this decision is one that has caused some hurt and anger in parts of the Anglican Communion and that the decision taken at the last Primates’ Meeting, which was to exclude our brothers and sisters in The Episcopal Church from debate on Doctrine and from Chairing Anglican Communion Committees, is a decision that now also pertains to us. We will continue to play our part in the Anglican Communion we helped to establish, and I will do all I can to rebuild relationships, but that will be done from the position our Church has now reached in accordance with its synodical processes and in the belief that Love means Love.”

The General Synod of the Scottish Episcopal Church has today passed a first reading of a change to its Canon on marriage (Canon 31). The change is to remove from the Canon the doctrinal statement regarding marriage that marriage is to be understood as a union “of one man and one woman.”

A first reading of the change is the first step in a process and does not represent a final decision. The proposed change now passes from the General Synod to the Church’s seven dioceses for discussion and comment in their Diocesan Synods in the coming year. The opinions from the dioceses will then be relayed back to the General Synod which will be invited to give a second reading of the Canon in June 2017. At that stage, for a second reading to be passed, it must achieve a majority of two thirds in the “houses” of bishops, clergy and laity within the General Synod. The change to the canon would include a conscience clause ensuring that clergy opposed to the change are not required to marry people of the same sex.

Commenting on the first reading today, the Rt Rev Dr Gregor Duncan, Bishop of Glasgow and Galloway and Acting Convener of the Church’s Faith and Order Board, said:

General Synod last year engaged in extensive debate in relation to possible changes to our Canon on marriage. It asked the Board to bring forward canonical legislation this year to remove from the Canon any doctrinal statement regarding marriage. That would pave the way for clergy of the Church who wish to be able to solemnise weddings between people of the same sex. Synod has this year accepted the proposals brought forward by the Board by giving a first reading to the canonical change. The process will now continue and not be completed until General Synod 2017. If second reading is agreed at that stage, the change to the Canon will take effect.

The Synod’s decision this year is important because it represents the beginning of a formal process of canonical change. The Church has been engaged in recent years in a series of discussions at all levels. The current process will enable the Church come to a formal decision on the matter. Views within the Church are, of course, wide and diverse. The passing of the first reading today will bring great joy to some; for others it will be matter of great difficulty. The wording of the proposed change recognises that there are differing views of marriage within our Church and we have attempted, and will continue to attempt, to sustain our unity in the midst of our diversity.

Latest news from the Diocese